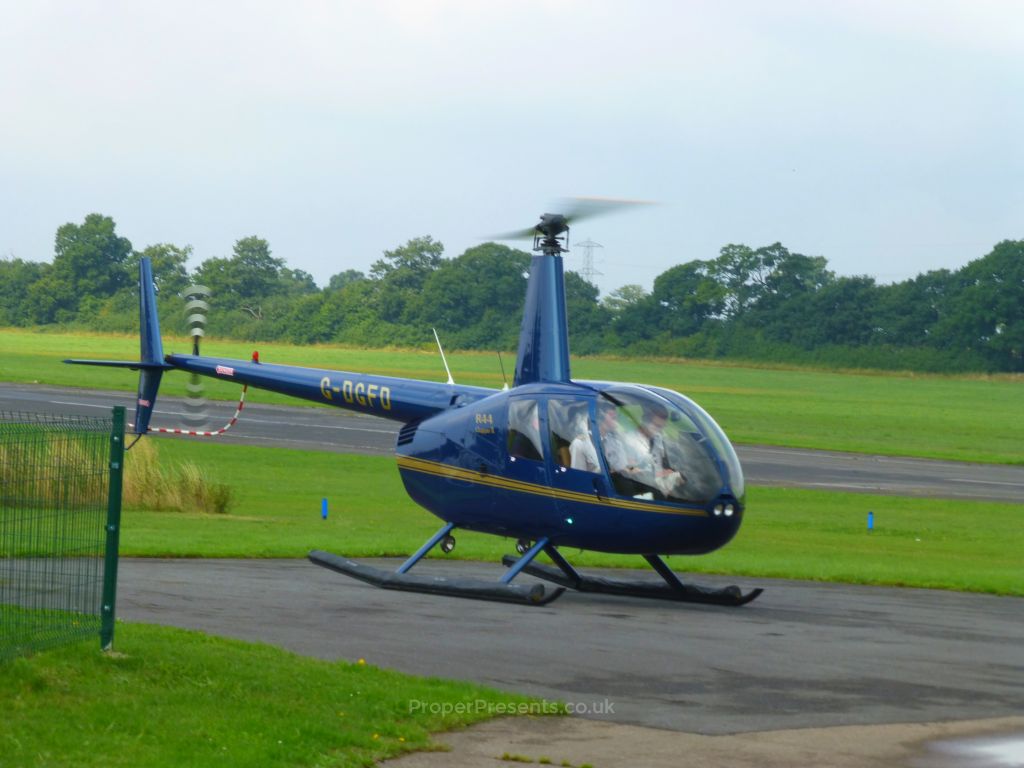 Paris has romance, Belgium has chocolate-box appeal and Amsterdam has pretty much anything you could ever wish for. And London? Probably one of the best cityscapes in the world, with some pretty awesome buildings to boot.

It's also got rats and irate taxi drivers so if you want to experience the best of London, don't stick to street level – see it from above. By that, I don't mean climbing a tree in Hyde Park or trying to sit on a police horse – one of those will definitely get you arrested.

Your best bet is to book a London helicopter flight and live the high life, complete with pilot commentary and the cool factor. Oh yes, you'll look seriously cool hopping into a helicopter. And when you're lording it over London you can feel pretty smug that you’re out of smog’s reach and well clear of London's little furry friends too. What’s not to love?

Why take a helicopter tour over London?

Forget trudging around in the rain and squinting up at Big Ben from underneath a brolly, as commuters jostle you from all directions and your mascara starts to run. If this experience all sounds a bit Old Kent Road and you fancy something a little bit more Mayfair, a London helicopter flight experience will be right up your street.

You'll be whisked straight up, out of the puddles, well above Big Ben and into the skies above. Up there you'll get a cracking bird's eye view of the city and a pretty unique perspective – after all, it's not every day you get to head skywards and experience London from above.

Why take a helicopter flight? Because it's impossibly cool, and a little bit jet set. You'll be left feeling like that money's-no-object chap out of Fifty Shades, minus the kinky bits. Why else should you do it? It's high – really high, as in you'll even out-fly-the-pigeons-type-of-high. The Shard is high as is the London Eye, but from a helicopter you get to look down on some of the most famous monuments in the world, and check out the lovely green bits around London too (they're there, I promise).

I arrived to the airfield early on a mid-August morning as did many others. The facilities are minimal but the essentials (like a toilet and a tea/coffee machine) are there. 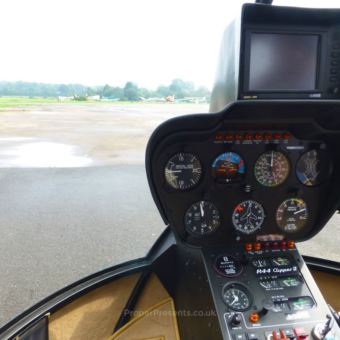 I nabbed the front seat next to the pilot!

Low cloud and gusting winds threatened my trip. Still, in true British fashion the safety briefing took place in readiness. An hour passed with little change to the conditions. Finally a break in the weather came and like a flash, groups of passengers raced onto the airfield.

Being in the second group of passengers meant a bit longer to wait, but soon enough it was my turn. My adversaries were a trio of friends on a trip to the city. One was a first time flier, the rest of us had some degree of experience.

The newbie had second thoughts before she stepped inside the Robinson R44 helicopter but was coaxed in by her companions. Inside she became jittery but the cool-as-a-cucumber pilot reassured her fully explaining what he was planning. When he offered to escort her back to the terminal she reluctantly declined, deciding to take part. By the time we landed she was desperate to go back up again.

My flight departed London Elstree Aerodrome just off the M1 near Watford. From here the flight flew over North West London to the River Thames before circling and heading back. Here's footage I recorded on my flight:

Flying over Hillfield Park Reservoir we followed the M1 south. Rolling green and yellow countryside quickly made way for buildings as we approached the outskirts of London. Over Edgware we made a beeline for North Finchley picking up the North Circular at New Southgate. Walthamstow Reservoirs came into view as we flew towards Tottenham Hotspur's White Hart Lane stadium. Crossing Coppermill Lane Water Works, we made our way to see the spectacular Queen Elizabeth Olympic Park built for the 2012 Olympics, complete with the London Stadium, ArcelorMittal Orbit structure, London Aquatics Centre, and the Lee Valley VeloPark.

From here, the River Thames glistened into view as we headed for the The O2 Arena in North Greenwich. Arguably this was what I came for. London City Airport was in the distance as the helicopter flew over the river and followed it past Canary Wharf. Familiar buildings all took on a new appearance although it was The Shard and Tower Bridge that were most illusive as rain clouds drew in. As the water taxis scurried about down below, we gracefully followed the Thames to The Shard where at an altitude greater than the tower's height, we performed a U-turn.

Now both sides of the aircraft had the opportunity to see what we missed on the way up. Famous buildings like the Gherkin (30 St Mary Axe) or the Walkie Talkie (20 Fenchurch Street) looked like LEGO toys from up in the sky. We followed the Thames back to the O2 Arena and then retraced our steps back up to Elstree.

The flight was 30 minutes from engines-on to engines-off, and this was a good amount of time - not too short but not too long either. Clearly, flying from the heart of London would potentially include more time above the city but would be a much shorter flight with a greater price tag. Flying from Elstree meant I spent longer in the helicopter and got to see the Olympic Park and the varied cityscape en-route to the city.

You can book a London helicopter flight with Wish.co.uk and see the capital from above just like me. A choice of four take-off locations are available.
From £129 per person (at time of writing)Learn more

What to expect on the day

What You Need To Know

Due to the location of the airfield it took longer to get to London than it did to fly around it, but seeing outer London and central London from above is an incredible experience usually only reserved for the elite or TV news crews. If you plan a trip to London, make sure you book a helicopter sightseeing flight too.

Disclosure: Wish.co.uk supplied one ticket for a London helicopter flight. I paid for my transport to and from the airfield as well as overnight accommodation. My opinions are my own.